Trash Talk in a Competitive Setting 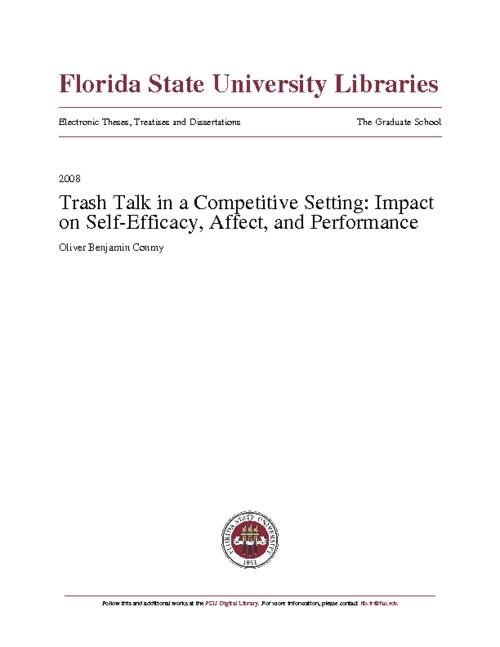 Download...
Download
Download PDF 541.05 KB
Please see the Use and Reproduction field in this object’s record below for more information about re-use of this item.
Full Title

Trash Talk in a Competitive Setting: Impact on Self-Efficacy, Affect, and Performance

A Dissertation submitted to the Department of Educational Psychology and Learning Systems in partial fulfillment of the requirements for the degree of Doctor of Philosophy.

Conmy, O. B. (2008). Trash Talk in a Competitive Setting: Impact on Self-Efficacy, Affect, and Performance. Retrieved from http://purl.flvc.org/fsu/fd/FSU_migr_etd-3474 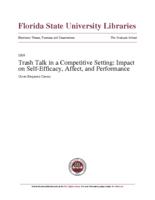