The Oliver L. Austin materials in this collection were described and digitized as part of our partnership with the Florida State University Institute on World War II and the Human Experience. Below are the faculty, staff, and students who worked to bring materials from this collection to our patrons.

Dr. Oliver L. Austin, Jr. was born in 1903 in Tuckahoe, New York, and in 1931, received Harvard University's first Ph.D. Degree in Ornithology. As a seasoned sailor whose family owned a large summer home on Cape Cod, Austin felt that he could be of service to the US Navy, and volunteered for sea duty, a somewhat unpopular posting prior to the Battle of Midway when the Japanese were still a formidable presence in the western Pacific Ocean. In 1942, when he was already 39 years old, he went to naval headquarters in Boston and received his orders in late July. After three months of communications school, he was assigned to the USS Tryon, an evacuation transport, or armed hospital ship, headed for an embattled contingent of Marines in New Caledonia. Deck service was followed by duty in Admiral Bull Halsey's communication pool and as communications officer on a gas tanker to forward bases. While in dock, he collected over 2,000 bird and bat specimens in "no man's land" of the Pacific Theater's roughest battles, including Tulagi and Bougainville, and even discovered two new bat species in Guadalcanal. After two years in the Navy and earning Lieutenant Commander rank, Austin was transferred to "military government school" at Princeton University to prepare him for service in the future occupations of Korea and Japan.

Dr. Austin headed the Wildlife Branch of the Fisheries Division in the Natural Resources Section (NRS) for SCAP from September 4, 1946 to December 31, 1949. He was honored as one of only two members of the US Occupation of Japan who received a personal commendation for meritorious civilian service by General Douglas MacArthur. Austin implemented reforms of game laws and created wildlife sanctuaries as well as public hunting grounds to help conserve and manage Japan's wildlife and natural resources. During his nearly four years in Japan, Austin left behind almost 1,000 well-preserved color photographic slides of postwar Japan under reconstruction. Highlights include American expatriate life, ordinary Japanese families in Tokyo and the countryside, and Japanese veterans purveying street entertainments.

In 1955 and 1956, Austin was invited to work as an Air Force scientific observer on the US Navy's first Operation Deep Freeze, a preparatory expedition for the International Geophysical Year. At this time, the nature of American aims in the South Pole depended heavily on the military's relationship with academic and scientific communities. Operation Deep Freeze I (1955-1956), led by Rear Admiral Richard Evelyn Byrd, aimed to construct bases for the American role in the 1957 IGY, which marked an eighteen-month period of international scientific cooperation and research, particularly related to the earth's polar regions. In addition to his work on the expedition, Austin conducted research on Adelie and emperor penguins, skua, and seals, implementing a bird-banding project for his ornithological work.

The photographs presented here are only a small selection from the collection. Please see the collection's finding aid for more information. 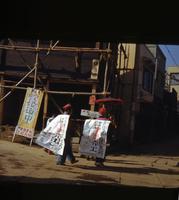 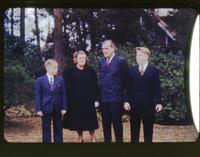 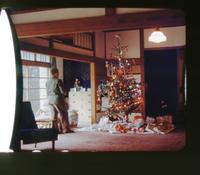 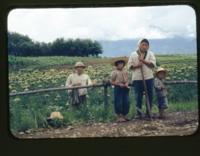